Coldplay - Swallowed In The Sea


The University of Houston presents this series about the machines that make our civilization run, and the people whose ingenuity created them. O ur fears about traveling have recently been heightened in unfamiliar ways, but those fears in themselves are nothing new. Ships and the sea terrified the ancient Greeks. But death at sea was not what they feared. The sea was a risk more threatening than death: that you could die not leaving any trace, or even anyone to tell the tale of how you died.

Death by drowning meant you got no glory. You simply disappeared; friends and loved ones lacked even the comfort of closure. 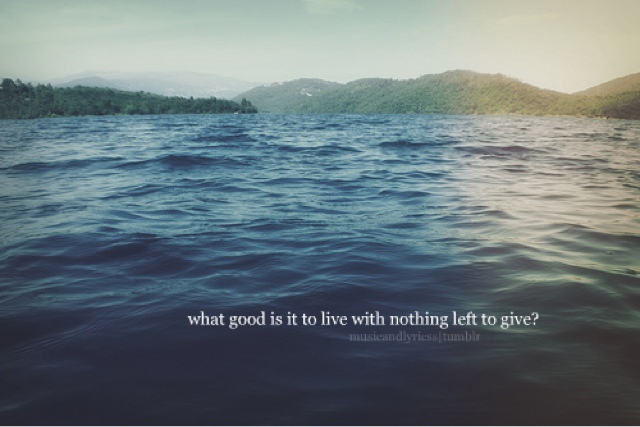 In her book on death in Greek art, Emily Vermeule describes the Greeks' fear that the sea would eat them: hide them from view by swallowing them down, devouring them. The metaphor is everywhere in Homer's Odyssey -- the poem that tells how Odysseus faced the dangers of the sea on his way home from Troy. The ocean is a "great gullet"; it swallows him down, then "belches" him up on the shore. At calmer times, the tide "spits up" pebbles on the beach.

The sea teems with voracious monsters. Scylla, who "yelps" like a dog, has six frightful mouths, with three rows of teeth in each. Charybdis, the whirlpool, "sucks" black water down three times per day, and three times daily "spews" it up again.


When the poem begins, it is twenty years since Odysseus left home. His son, Telemakhos, was a new-born infant then.

By now, the Greeks have all sailed back from Troy -- except for Odysseus. Where is Odysseus? No one knows, or even if he is alive or dead. Now a young man, Telemakhos bitterly complains that his father is lost at sea:. To lose a parent is disorienting. If we are young, like Telemakhos, it can feel as if the floor has fallen out from under our feet.

Swallowed In The Sea