And the bird? He falls into the well when collecting water and drowns. Moral of the story: they were great in their original roles and should have been happy with that. A cat and mouse decide to live together and buy a pot of fat to get them through the winter; however, they decide to keep the pot in a safe place — under an altar at a church — and only use it if necessary. The cat turns and eats the mouse. The end. Not wanting anyone to know what happen, the stepmother devises a plan to make her daughter believe she did it, and then, the stepmother cooks the poor boy and feeds him to his father!

The boy turns into a bird and sings his story to various people, who give him a gold chain, red shoes, and a millstone. The bird gives the father the chain, the little girl the shoes, and the stepmother — well, the bird drops the millstone on her head. The little boy is, once again, alive, and he, along with his father and sister, enter the house and have dinner.

The premise is the same, in that Cinderella has an evil stepmother and two horrid stepsisters who make her life miserable by making her do awful chores like picking lentils out of ashes , and she meets a handsome prince and lives happily ever after. And their punishment for mistreating Cinderella? The birds peck out their eyeballs. A man and his wife are so desperate a child that they even wish for a hedgehog. Well, their wish comes true when the wife gives birth to a half-hedgehog, half-boy baby — not what they were expecting.

Not wanting to have anything to do with him, the parents pile some straw behind a stove and leave him there. While living in a tree and playing his bagpipes, he helps two kings find their way back home, but only if they promise him their daughters. The first king is sneaky and says yes but really means no, while the other agrees.

Come wedding night, Hans sheds his hedgehog skin to become a very handsome man. He also forgives his father. Eventually, he gets caught and is forced to promise the child to their neighbor, Dame Gothel. They live happily ever after. A young princess will only marry if her intended agrees to one thing: if she dies first, he will be buried alive with her.

A young man from a poor family leaves his home so that he can earn his keep and not be a burden to his father.

He meets the princess and falls madly in love with her, agreeing to her demand. They are married, but after a while, she becomes ill and dies. He follows through on his word and is placed in the vault with her coffin. While in there, a snake appears and he hacks it into three pieces. Another snake appears and heals the dead snake with three leaves, and they both leave.

The husband then places the leaves on his wife, and she comes back from the dead! However, she no longer loves him and throws him overboard, with the help of her lover, while on a sea voyage. His servant rescues him, and they tell the king everything. The princess and her lover are sent out to sea on a sinking ship.

A greedy son who is about to sit down to a dinner of roasted chicken sees his elderly father coming to the door.

Not wanting to share his meal, he hides the chicken. Once his father leaves, the son goes to retrieve his meal; unfortunately for him, the chicken has become a frog and latches on to his face, never letting go. Maybe he should have shared his meal. However, are you familiar with the gruesome ending?


A miller tells the king that his daughter can spin straw into gold, which, of course, is a complete lie. Fortunately, or unfortunately depending on how you want to look at it, a little creature-like man helps her out — once for her necklace, twice for her ring, and thrice for her first born. She marries the king, and when their first born arrives, so does the little man. He tells her that if she can figure out his name in within three days, she can keep her baby.

Illustrated by Arthur Rackham. Translated by Mrs Edgar Lucas. Be the first to review this product. 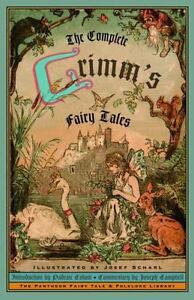